When I was in junior high, my mom saw a bunch of boys that I was friends with buying Trojans in the local grocery store. Even though many of those pimply faced teens would never get the chance to use those condoms until long after they had expired, my mother panicked.

Deductive reasoning told her that if the boys in my grade were purchasing rubbers, then…

We hadn’t had “The Talk” yet, and so, like a mad woman, she raced home to find me, only I wasn’t there.

As any bored thirteen-year-old would do on a Saturday afternoon, I had hopped on my bike and pedaled to a friend’s house. I’m sure I left a note of some kind, albeit one that didn’t reveal my destination since I often didn’t have an exact end in mind, but these were the days before cell phones, the days when it wasn’t unusual for kids to spend whole afternoons in the fresh air. Yet seeing how I didn’t live in a neighborhood so much as in the middle of a potato farm, my boundaries were less-defined. My mother could yell for me till the cows came home, and cows might literally show up before I would.

In this instance, my mother had only two choices: to wait for me to return (mind racing, envisioning worst-case scenarios) or to track me down like a bounty hunter.

With the determination and paranormal instinct that only a mother can possess, she got in her car.

I was a whole town over when she pulled up alongside me. By the time she had stopped and rolled down the window, my mother had worked herself up from a low simmer to a full boil.

I’d heard that tone many a time: I was in dangerous territory.

I didn’t know what I had done, but I reasoned if I could ride back home, I’d buy myself some time. Hopefully, it would allow for my mother to calm down enough to realize that killing me wouldn’t benefit either one of us; instead she popped the trunk.

I struggled to fit my ten-speed in the back while she waited inside the vehicle, and once I had buckled up, it didn’t take long before she broke the silence.

“Mom, I’m not having sex if that’s what you think.”

“I know you’re not having sex. You know how I know? Because I’m your mother. I know everything.”

“The Talk” ended up being fairly short– the gist of it being that I was never, EVER, to have sex with those boys. I was able to reassure my mother of my virtuous ways (“Ew, Mom, gross!”), and seeing as how she didn’t really want to have “The Talk” any more than I did, we dropped the whole conversation, that is, until my sister came home later that evening and I got to retell the story over dinner in a dramatic rendering that left us both laughing. (Mom did not find my reenactment all that funny.)

Still, this is more than just a story about my mother’s psychic abilities, which I still believe she possesses today. Rather, this is a story about an experience that defined my adolescence.

Last year, my oldest daughter began sex-Ed in school. She was traumatized by some of what she learned, refusing to play with the boys at afternoon recess that day because, as she put it, “It’s just weird now, it’s like, I know their secrets.”  After she came home, and in the weeks that followed, there were lots of questions. I guess, in many ways, we’ve already begun “The Talk.” Still, if they are fortunate enough, my children will never know what it is like to have me hunt them down and find them with only sheer will, maternal instinct, and a little bit of luck.

Lately, I’ve been thinking of all the experiences that today’s children will never have.

Fewer and fewer kids are making mud pies or playing outside till the streetlights come on. When my children start roaming farther from home and I want to know where they are, I’ll probably just send a text. And by tracking their phones, I could know exactly where they are, letting a GPS take me there turn by turn, a thought that terrifies the teenager I used to be.

On the flip side though, my children will also be able to text me when they need a ride. They won’t sit outside the dentist’s office for hours plucking at the grass and wondering when their mom will finally remember she was supposed to get them. They won’t wait outside after play rehearsal watching one by one as their friends leave, the occasional mom or dad calling out from a minivan, “Do you need a ride?” They won’t hoof it home after swimming at a friend’s house, walking for miles in damp jean shorts that chafe the inside of their thighs, turning them an angry red. No. With phones at everyone’s fingertips, my children will probably Uber before they’ll scrounge for a ride.

Technology has made it so my children will never know what it is like to go to 7-11 in order to find out where the party’s at. When the parking lot of Sevs was empty, we didn’t get FOMO. We got Big Gulps. Then, we got back in our cars and drove from beach to beach trying to find the party for ourselves.

When I was a teen, we didn’t have group messages, we had three-way calling. If you were lucky, your family had a portable phone. If you weren’t, you stretched the cord from the kitchen to the bathroom to talk in privacy until your mother picked up the other line and told you to hang up.

We weren’t drug dealers or doctors, but nevertheless, we carried beepers and sent our boyfriends the first numeric text message: 143. And when our best friend stayed home sick, we took a quarter to the pay phone in school and dialed one of the many numbers we knew by heart to find out how she was.

We waited all night for the radio to play the perfect song to record on the mixed tape we were making for our Boo, and waited all week for our pictures to get developed at Genovese Drug Store. Out of an entire roll, we were lucky to get two or three good ones, pictures that wouldn’t go on Instagram, but ended up in our scrapbook next to collages we had made from Seventeen magazine. That was our #aesthetic. 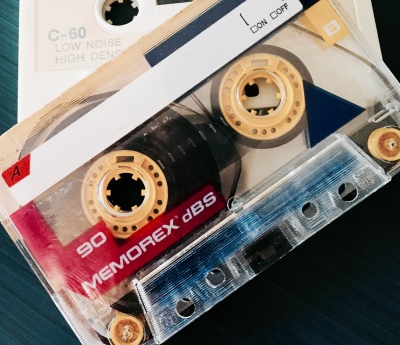 My children will never spend the first week of school making covers for their textbooks from brown shopping bags. They’ll never know card catalogues or what it’s like to find information without Google. They’ll never peck out their first papers on a typewriter, feeling the agony of every mistake. While I would much rather write a research paper today than when I sat at a microfiche machine, there are some things I experienced growing up that I hope will remain the same.

And even though I work in a public high school and vomit a little in my mouth each time I witness a make-out session in the halls, I hope they will have someone who waits at their locker and walks them to class someday. They don’t need an elaborate promposal, a grotesque gesture designed to get the most likes on social media, but a simple, heartfelt request that makes their cheeks blush and their heart flutter before they answer yes.

I want my children to see their friends’ faces illuminated by bonfires, not screens. I want them to know what it feels like to spend hours on the phone talking with a loved one. I want their relationships to take place in real life, but fewer and fewer these days do.

Still, when I recently chaperoned the homecoming dance at the high school where I teach, I realized, as more and more kids showed up to dance the night away, that it hasn’t all changed. As I watched the awkward encounters of boys and girls and listened to the shouts as the DJ played a favorite song, their movements becoming more frenetic, the gymnasium hotter, the air less sweet, my friend yelled over the music to me, “I’m glad they still do this. I’m glad that technology hasn’t taken away everything.”

Looking out at the sea of bodies on the dance floor, I thought about my oldest daughter who in four short years would be here, singing along with her friends to the song that marks the end of every dance. As the students swayed, belting out the lyrics of Journey’s Don’t Stop Believin’, I couldn’t agree more.